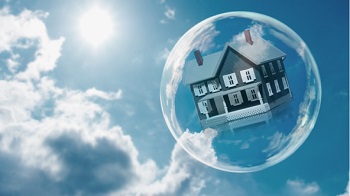 We’ve been hearing it for a while, it’s been denied by officials and ignored by many homeowners…. but a growing number of economists are now predicting a bubble that will burst.

A poll of analysts by Reuters has revealed that more of them now believe that we will see a sharp correction in the market; but not yet.

To be fair, the majority of the 20 polled did not believe that the chance of a correction had increased in the last 12 months. What they are predicting is an interest rate rise in 2015, but house prices to continue rising through into 2016 before seeing decline in 2017.

However, most of them have forecast that it will be a cooling rather than a crash.
Get help choosing the right mortgage