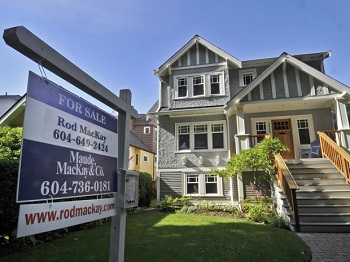 It’s been named as Canada’s least affordable city and figures from the CMHC don’t give any comfort to those struggling to buy a home in the city.

The average price for detached houses, condos and townhouses is set to reach $811,000 in Greater Vancouver; that’s a 5.6 per cent year-over-year increase.

There’s no slowdown forecast over the next two years either with CMHC expecting a 1.2 per cent increase next year and 1.7 per cent in 2016. MLS sales will end the year up 13.2 per cent this year but there will be a reduction in supply over the following two years according to the agency’s analysis.

The overall trend for housing starts will continue steady with a dip in 2015 before rising again the year after.
Get help choosing the right mortgage