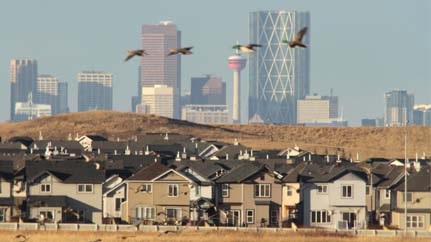 The booming economy in Alberta could see the province building more homes than Quebec and the Maritime provinces combined.

A research note from BMO economist Robert Kavcic points out that Alberta’s housing starts in recent months sets an annual average of 43,000; Quebec and Atlantic Canada together have an average of 47,000. Given the difference in population; 4 million in Alberta and more than 10 million in the combined provinces, Alberta is certainly building at an incredible rate.

With the oil business booming and jobs growth above the national average Alberta’s economy is healthy and Kavcic notes that the figures reflect population flows.