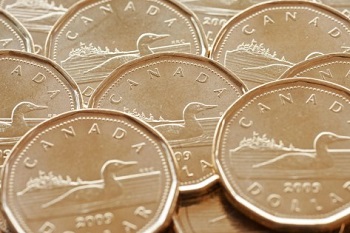 Weaker-than-expected GDP figures for July have hit the Canadian dollar, which has fallen to its lowest level since the end of March.

The forecast had been for more growth following recent rises, but the data from StatsCan instead revealed that GDP was flat in July and the loonie has weakened against a US dollar which is at a four year high.