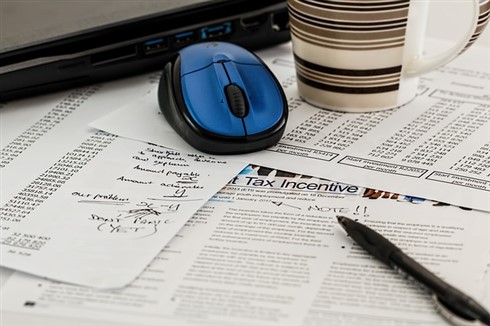 Not sure what to do with your tax refund? While paying down debt or saving for a rainy day may seem less exciting than making an extravagant purchase, it pays to look at the bigger picture: Household debt is near record levels and interest rates are on their way up.

But choosing between paying down debt or bolstering a savings account isn’t always an easy decision. Those with refunds need to consider their whole financial picture when weighing the right choice, according to Andy Nasr, director and lead investment strategist at Scotia Wealth Management.

“This isn't just about investing, it's about really developing a plan to preserve and accumulate wealth and that's going to vary from person to person,” he said. “It is going to depend on your objectives and your risk tolerance.”

If you have high-interest debt, such as a balance on a credit card, using one’s tax to reduce or eradicate that debt should be the highest priority.

According to Jamie Golombek, managing director of tax and estate planning at CIBC, there’s nothing that will guarantee a rate of return like paying off a balance on a credit card that is charging 20% interest.

The decision is trickier when it comes to debt with less burdensome interest rates. Mortgages, auto loans, and home equity lines of credit may carry much lower interest rates.

The Bank of Canada has increased its key interest rate thrice since last summer—moves which have prompted the major banks to raise their prime rates. The prime rate at Canada’s largest banks now stands at 3.45%, compared with 2.7% at this time last year.

While the timeline is uncertain, economists are forecasting for rates to inch up higher this year, further pushing up the cost of variable-rate mortgages and other lending linked to prime rates.

Nasr said you have to compare the interest rate being paid on the debt with the after-tax rate of return you think you may be able to get to see if you should invest instead.

“I wouldn't consider investing unless I thought my expected return on something, whether it is the cash flow from it or the total return, would be enough to service those debt obligations while I have them,” he said.

Also read: This consumer debt could cause issues in 2018