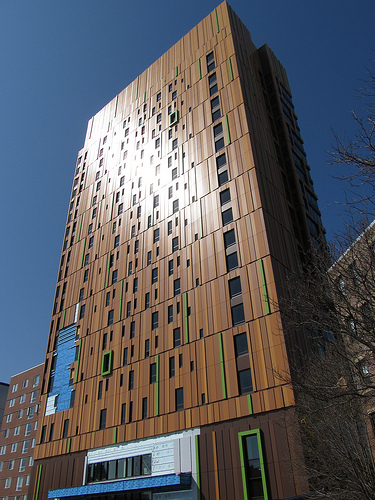 Ontario is to allow construction of wooden buildings of six storeys.

The province announced yesterday that the new rules will be effective from next year but there seem to be two opposing camps.

Those in favour include, not surprisingly, the lumber industry in Northern Ontario and also builders who will be able to create new urban living projects that are more cost-effective. Those against include, again not surprisingly, environmental campaigners who say cutting down trees to build homes isn’t good.

There is also a split in opinions of buyers. If builders are able to sell at lower cost that will be enough for some to be persuaded but some will have safety concerns despite rules on roofing and stairways being fireproof.

Statistics from British Columbia, where six-storey wooden buildings have been allowed for the last five years, have not shown to be less safe than their steel and concrete counterparts.