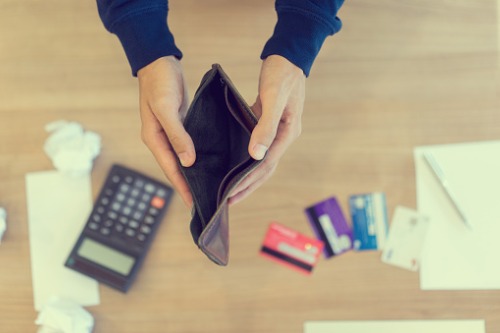 Around 50% of Canadians say they are just $200 or less away from being insolvent, according to the latest study from MNP.

The MNP Consumer Debt Index has dropped five points since September to a level not seen since March 2018. The decline was driven by the growing pessimism amongst Canadians about their financial future.

"It is stressful for those who come to the alarming realization that there is no clear path to repay what they have borrowed, no matter the time horizon or interest rate," said Grant Bazian, president of MNP.

According to the study, roughly three in 10 Canadians claim that they are already insolvent, meaning they are unable to meet all their monthly financial obligations.

Furthermore, around 49% of Canadians think they will not be able to cover their ongoing expenses without going into further debt this year.

"Continually financing a lifestyle on credit — particularly on the expectation of rising home prices — is a recipe for trouble," Bazian said.

Overall, Canadians seem to feel worse off now compared to the past, with one in five saying their current situation is worse than it was five years ago.

Bazian said the first crucial part of breaking the debt cycle is stop depending on any kind of credit in making ends meet.

"Breaking the debt cycle means not only paying off your creditors, it also means changing your mindset and behaviours to avoid getting back into the same trouble in the future," he said.

The study also showed Canadians' lack of preparation for unexpected events. For instance, only about three in 10 said they are confident in their ability to cope with a life-changing event such as a severe illness, the loss of employment, or change in wage or seasonal work without boosting their debt load.

"If debt is causing stress or impacting relationships, it's time to get some support. Don't wait. There is no minimum or maximum debt required to seek help," Bazian said.