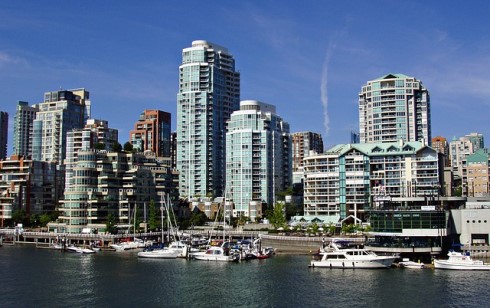 The BC Home Partnership Program, which was introduced under the BC Liberals, may have increased house prices by about 0.5%, according to a new report from the British Columbia Real Estate Association (BCREA).

The program gives first-time homebuyers interest-free loans to help them with their down payments. Eligible beneficiaries can receive up to $37,500 interest-free for five years if they are approved for an insured high-ratio mortgage where the down payment is less than 20% of the home’s purchase price.

Nearly 1,400 households took advantage of the program during its first nine months, according to BCREA. One third of those transactions occurred in Metro Vancouver and was responsible for boosting apartment prices by 0.55% and townhouse prices by 0.57%.

“We found the impact was quite negligible … there were relatively few sales [in the program] compared to total market transactions,” said Cameron Muir, chief economist at BCREA.

Muir’s team examined the relationship between home prices and home sales, and modelled what prices would have looked like if the sales made possible by the program had not occurred. However, Thomas Davidoff, professor at the UBC Sauder School of Business, said that analysts didn’t take into account the possibility that people who received an interest-free loan would be willing to pay a higher price than usual for a home.

“Imagine if you have five first-time buyers competing for an apartment and now three of them can afford to pay more. I don’t see where [the report] has handled that,” he said. “This methodology doesn’t rule out something closer to three or four per cent [price] increase based on the program.”

Davidoff was one of the several economists who criticized the program when it was first introduced in December 2016, saying it would encourage rash behaviour by helping people buy more than they could afford in an already hot housing market.

Approximately 30% of people enrolled in the program had less than 5% in down payment prior to receiving the government loan, according to BCREA.

If interest rates go up significantly, “these [mortgages] are primed to default – it’s quite likely,” Davidoff said.

Muir argued that the program had achieved its goal, which was to help young first-time homebuyers enter the real estate market. The median age of enrollees was 33 and the median income was $82,800. The median price of homes purchased via the program was $415,000.

Nearly everyone in the program bought an apartment or townhome instead of a detached house.