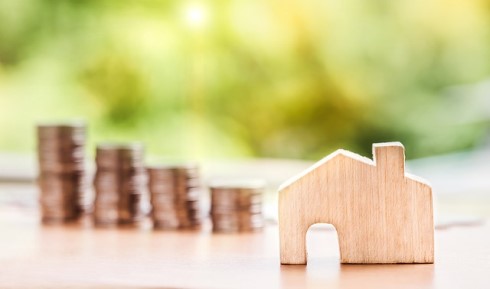 When the Bank of Canada (BoC) raised its key overnight lending rate last Wednesday, the central bank took a moment to highlight its growing concern over the nation’s growing household debt.

“Given elevated household indebtedness, close attention will be paid to the sensitivity of the economy to higher interest rates,” the central bank said in a news release.

Closer scrutiny is paid because each time the BoC raises rates, lenders immediately pass them on to borrowers, who hold products that are based on the prime rate, such as variable-rate mortgages and home equity lines of credit (HELOCs).

There’s been a rush in the number of Canadians who’ve tapped into HELOCs and borrowed against the equity in their homes in recent years, with ultra-low interest rates likely being a deciding factor.

The amount of money that Canadians have been borrowing against the equity in their homes has been surging since the beginning of 2016, and now there are approximately three million active HELOCs across Canada, with an average balance of about $70,000, according to the Financial Consumer Agency of Canada.

“It’s been fairly easy for consumers to justify this in their minds,” said Scott Hannah, the president and CEO of the Credit Counselling Society. “There really is very little motivation to save. It’d be easier to take out a HELOC.”

There are approximately three million active HELOCs across Canada, with an average balance of about $70,000, according to the Financial Consumer Agency of Canada.

Hannah says the responsible way of using a HELOC is to establish a spending limit and a repayment plan. However, the concern for some borrowers is that they risk getting into the habit of spending beyond their means.

Unlike mortgages, HELOC holders can pay little, if any principal, each month, and instead opt to make smaller interest-only payments. This means balances can build up rapidly.

“For a lot of consumers, when you have [a line of credit] and have access to it, it becomes really enticing to use,” Hannah said. “In many cases it's for expenses that they should be paying out of their paycheques as opposed to using debt for.”

That cycle can be even more difficult to break as interest rates go up and consumers need to set aside more of their income to service their debts.

According to a recent report by the Parliamentary Budget Officer (PBO), as the BoC raises interest rates to more historically normal levels (the PBO projects interest rates will rise to 3% by 2020), Canadians will have to pay more than ever to service their debt.

Canadians currently use 14.2% of their after-tax income to make principal-and-interest payments on their debts. The PBO forecasts that could eventually rise to 16.3%, passing the previous high of 14.9% in 2007.

While interest rates are still low, Rangasamy says if the BoC is too aggressive with future rate hikes, borrowers could get into trouble if they continue to dip into the equity on their homes.

“You would ideally want Canadians to have a lot of equity in their homes, because it reduces odds that you actually default on your mortgage.”