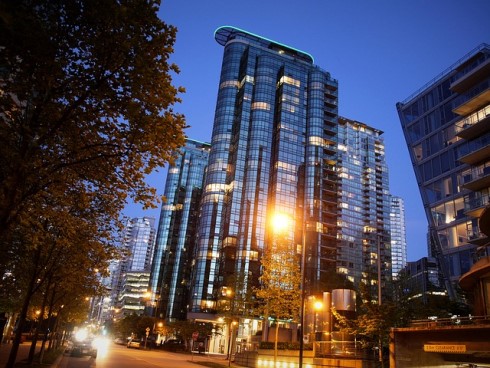 “What’s causing the supply shortage is the restrictive single-family home neighborhood zoning on 85% of our residential land base. That keeps out young families, middle income earners and renters, who can’t afford single-family homes,” said Anne McMullin, president and CEO of the Vancouver-based Urban Development Institute.

However, recent studies indicate that the reverse trend is true: Fewer people can afford to buy condos in Metro Vancouver suburbs that have seen the greatest increase in supply over the past two years.

Spurred by the extension of rapid transit, Coquitlam, Burnaby, New Westminster, and Surrey have seen explosive growth in strata projects. At the same time, housing affordability has plunged.

After record-breaking construction last year, Surrey had more multi-family housing starts in the first half of 2017 than in any other Metro Vancouver municipality. However, condo affordability has dropped by 7.8% compared to a year earlier, according to a survey conducted by credit union Vancity.

Burnaby, which had the second-highest strata starts, saw condo affordability drop almost 10%. In the Brentwood area, where the most new condos are being built, the benchmark price of a resale condo is the highest, and least affordable in Burnaby, at $747,400.

Coquitlam’s condo affordability dropped 20.8% this year, despite posting the third highest number of multi-family starts in the region, up 35% from last year, to 941 units.

To make matters worse, developers are driving local residential land prices higher. According to Colliers International, a well-connected transit system is spurring new condo development, particularly in areas adjacent to existing town centre malls, such as Brentwood and Lougheed, which have been rezoned for ultra-high-density housing.

“Historically, wherever we’ve seen rapid transit developed in Metro Vancouver, we’ve seen an increase in new development along the corridors and [in] particular around stations,” said Michael Ferreira, principal of research company Urban Analytics. “The form of housing is going to be more affordable; a condominium will be more affordable than a single-family home.”

Based on a comparison of starts and affordability, the condo affordability factor is waning fast, even as supply surges.