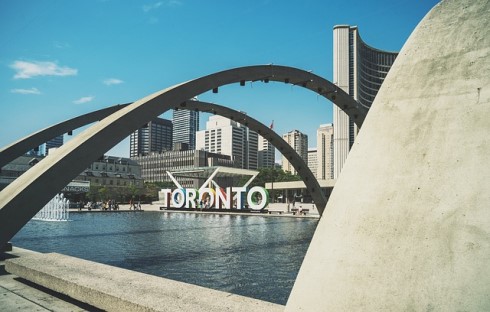 The demand for housing in Toronto and Vancouver has seriously outstripped supply, according to a new report from Canada Mortgage and Housing Corporation (CMHC). The report analyzed house price growth and housing development in Canada’s largest cities between 2010 and 2016.

Data gaps are keeping the Crown corporation from developing a complete picture of why Montréal, Calgary, and Edmonton don’t have as wide a gulf between supply and demand as Toronto and Vancouver do. However, Aled ab Iorwerth, deputy chief economist of current analysis at CMHC, said he noticed Calgary and Edmonton were responding to rising demand with “horizontal sprawl”.

Montréal, on the other hand, was able to cope with rising demand due to its large rental sector.

“There is perhaps an acceptance of living in denser housing [in Montréal] and they seem to be more ready to convert industrial land into housing [there],” ab Iorwerth said.

Helping housing supply catch up with demand in any of Canada’s major cities will involve combating urban sprawl and increasing densification, while dealing with affordability, infrastructure, and environmental issues.

The report also noted that the insufficient housing supply in Toronto and Vancouver had buyers gravitating towards condos and high-end homes. Nearly all the growth that CMHC has seen in prices came from expensive, single-detached homes.

“While Toronto and Vancouver showed large and persistent increases in prices, there was only modest price growth in Montreal,” the report said. “Home prices in oil-dependent Calgary and Edmonton ended the period slightly higher.”

Between 2010 and 2016, house prices surged by 40% in Toronto, with 40% of that rise attributable to growth in jobs, population, disposable income, and previously low mortgage rates.

These same factors contributed to 75% of the 48% surge Vancouver saw during the same time frame.