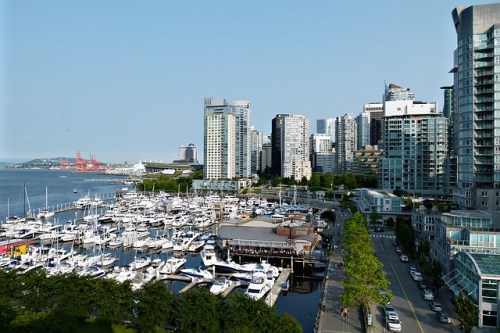 There’s a pretty straightforward reason why so many Canadians are being priced out of the property market, according to journalist Geoff Dembicki.

“Real estate speculators are snapping up properties and selling them once the price rises. They earn a huge financial return, pay little in taxes and price ordinary people like you out of your city,” Dembicki said in a recent article published in The Tyee.

It’s commonly assumed in Vancouver, and increasingly in Toronto, that the majority of these real estate speculators are foreigners. Yet recent housing data suggests that many, if not most of these speculators, are Canadian.

“Developers argue that we have a supply problem. Prices are so high because there aren’t enough properties on the market. But roughly one unit of housing was built for every person projected to move to Metro Vancouver in 2016,” said Dembicki.

Despite the sufficient housing supply, house prices keep rising. “We suspect that buyers motivated by expectations of capital gains have played a prominent role [in house price growth],” said a report released last year by the Royal Bank of Canada. “We believe that speculators have tended to hold on to their residential investment to capitalize on rapid price appreciation at a time when returns on other types of investment have been significantly lower.”

While some foreign investors may be exploiting loopholes in the law, there’s a simpler explanation for why an average Metro Vancouver house still sells for $1.5m. “There’s a great deal of domestic speculation in the housing market that is totally unaddressed by the foreign buyer tax,” said NDP housing critic David Eby.

Far from discouraging speculation, the central bank appears to be encouraging it. Historically low interest rates set by the Bank of Canada make it relatively risk-free for speculators to borrow large amounts of money and invest it in real estate – driving up the prices of homes in the process.
Case in point: from 2005 to 2013, Better Dwelling calculated a 41% increase in borrowing in Vancouver. This was matched by a 41% rise in home prices.

“That’s a hell of a coincidence,” said Stephen Punwasi, founder of Better Dwelling. “There’s a deeper problem in the situation and I don’t necessarily think it’s all foreign buyers ... We’re not building for people, we’re building for speculators.”