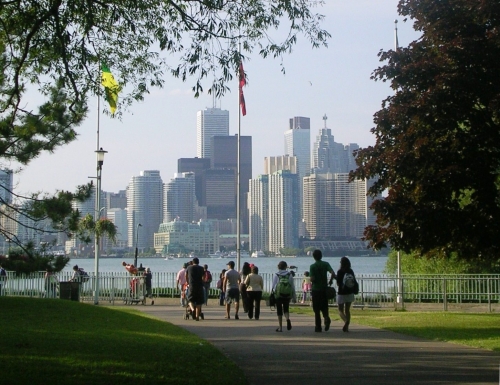 The recent dramatic drop in home sales across the Greater Toronto Area (GTA) spells good news for the Canadian economy. It may also signal that the economy is finally moving away from a dependence on the real estate sector, according to David Rosenberg, chief economist at Gluskin Sheff.

“We are going through a natural correction in Toronto real estate. I don’t think it’s going to have a deleterious impact on the national economy. I think it’s actually going to be a positive development,” Rosenberg told BNN in an interview on Tuesday.

Home sales across the GTA dropped 40.4% year-over-year in July, according to the latest data from the Toronto Real Estate Board (TREB). The average selling price across the region was $746,218 – nearly 19% below the April peak of $920,791, but still 5% above levels a year ago.

The Toronto housing market had been in bubble territory prior to the drop in house prices, which in turn was straining affordability, according to Rosenberg. High house prices were also diverting capital away from more productive parts of Canada’s economy.

“For years the Bank of Canada has been seeking this ‘Holy Grail’ in the Canadian economy away from housing and towards capital investment,” Rosenberg said. “When you really think about it, housing is a consumption good, but it doesn’t really add to the productive capacity of the economy.”

If the Canadian economy can continue on this path, then it is on track to outperform the United States. “I think the fundamentals in Canada are pretty decent. When I tell people about that they just roll their eyes.” Rosenberg said. “Everybody seems to think that things are much better in the US – but they are not.”