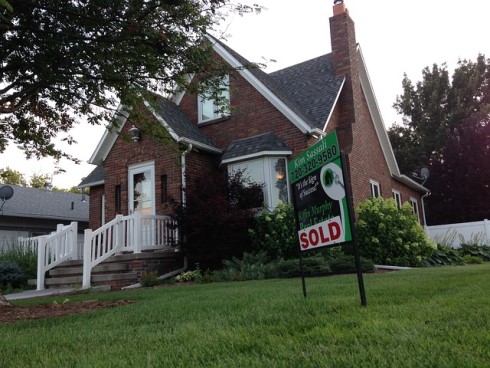 Canada’s resurgent economy has prompted the Bank of Canada (BoC) to hike its lending rate a quarter of a point for the third time since last summer. In the short term, this will likely lead to some belt-tightening among borrowers with variable-rate mortgages and lines of credit. And with more hikes expected, some consumers will be engaging in further belt-tightening as the year progresses.

Nevertheless, the demand for housing in the Toronto region is so strong that the higher mortgage rates aren’t expected to have a major impact on home sales.

The central bank’s move to push the benchmark rate to 1.25% (which would drive up variable mortgages and consumer loans), was widely anticipated and comes about two weeks after the financial regulator, the Office of the Superintendent of Financial Institutions (OSFI), introduced its new mortgage stress test rules.

The volume of home sales in the first two weeks of January was 6% lower than during the same period in 2017, when buying activity in the Toronto area was building to its April peak, according to John Pasalis, president of Realosophy.

“The mood overall is relatively positive. A lot of buyers need to buy a house,” he said.

Pasalis added that he believed many prospective homebuyers had jumped back into the market after putting their home search on hold late last year.

The impact of OSFI’s new rules won’t be clear until March or April, as many buyers had avoided them by getting pre-approved for up to 120 days towards the end of last year.

The demand to rent condos in the Toronto area is likely to remain strong due to the low vacancy rates, higher interest costs, and tougher lending rules that might sideline some prospective buyers. Investors are likely to weigh these conditions against the lower returns from Ontario’s expanded rent controls on new buildings.