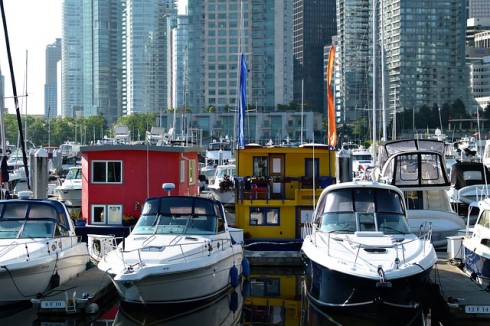 Downtown Vancouver was the scene of a peaceful demonstration on Sunday when hundreds gathered to demand changes that would make housing more affordable in the city.

“Oh it’s a struggle, it’s a nightmare,” Paolo Succi, who attended the rally with Meghan Kennedy, told CBC News. “We don’t have pets, we are non-smokers and even with that it’s virtually impossible to find solid rental housing that isn’t decrepit for a reasonable price.”

The two were joined by others who’re also struggling to find affordable and secure housing in what has been dubbed North America’s most unaffordable real estate market. Some demonstrators said they spend more than 50% of their incomes on rent.

A number of speakers addressed the rally, including affordability experts, opponents of Airbnb rentals, and advocates for allowing pets in rentals. A statement by Green Party leader Andrew Weaver, who supports a complete ban on foreign investment in BC real estate, was also read.

Behzad Homaie, one of the rally’s organizers, wants the BC government to implement a speculation tax to discourage homes from being used as commodities to be bought, flipped, and sold.

The NDP also promised to unveil measures that would crack down on tax cheats and money laundering.