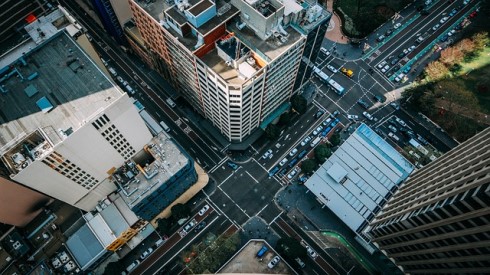 When it comes to resale condos, Toronto’s key downtown intersections appear to be cornering the market, with prices up to 23% higher than the citywide average, according to a new report from Toronto-based brokerage TheRedPin.

The firm examined 25 key intersections in the core, and found that two-bedroom condos at Bay and King Streets, as well as Bay and Bloor Streets, fetched some of the highest prices in Toronto between January and August 31, averaging roughly $1.5m.

Two-bedroom apartments in the upscale Yorkville neighbourhood at Bloor Street and Avenue Road sold for $1.3m on average. But one-bedroom condos near that corner were pricier than the Bay Street intersections, costing $753,735, compared to $494,591 at Bay and King, and $626,989 near the corner of Bay and Bloor.

The average one-bedroom unit in Toronto sold for roughly $545,000 during the same period, while a two-bedroom condo cost about $925,000.

“At the busy traffic intersections things can be 20 per cent or more valuable,” said Enzo Ceniti, director of sales training at TheRedPin. “If you're an investor and looking for areas to buy then you probably want to target areas like that. If you're someone who wants to be close to a particular intersection because you grew up around there or you work near there and you want to be within walking distance, you might need to pay a little bit more.”

Over half (56%) of the condos in the intersections were one-bedroom units, and 30% were two-bedrooms. The rest of the real estate consisted of studios and some larger apartments.

“At these intersections you can see the resale value will be very, very good. Conversely the rent in those areas can be just as high,” Ceniti said.

The least expensive one-bedroom condominiums were at the corner of Queen and Yonge Streets, with an average price of $371,444. Meanwhile, the lowest sale prices for two-bedroom units were at Yonge and Dundas Streets, where the average was $658,234.

TheRedPin’s report averaged prices within a 250-metre radius of each corner, about a three-minute walk. Given the confined scope of the study, a couple of high or low sales could dramatically alter the average for a particular corner.