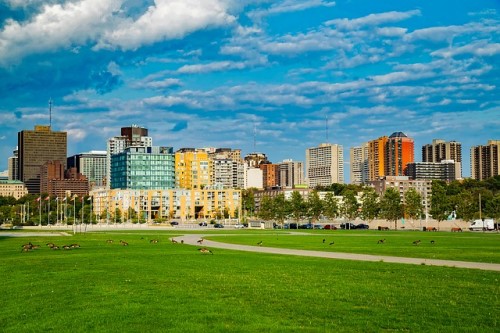 Ottawa’s proposal to have lenders shoulder more of the risk for potential mortgage defaults could dampen lending and exacerbate a decline in house prices, warned internal documents from the Department of Finance.

Those who support lender risk sharing say it would encourage banks to be more cautious when lending to high-risk borrowers, mitigating the impact of a correction in property prices.

But a draft report obtained by The Canadian Press via an access-to-information request said that exposing financial institutions to a portion of mortgage default losses could actually make the housing market less stable in the event of a downturn. That’s because lender risk sharing could worsen the downside in the lending cycle – a time in which banks typically become hesitant to hand out loans, according to the report.

Lender risk sharing has also been met with some criticism from the Canadian Bankers Association (CBA), which told the Canada Mortgage and Housing Corporation (CMHC) in 2014 that the practice could damage the country’s financial stability.

The CBA made a submission to the federal government earlier this year, arguing that mortgage insurance deductibles would likely increase costs for borrowers and leave smaller, regional lenders at a competitive disadvantage.

Evan Siddall, president and CEO of CMHC, said Ottawa is in the process of reviewing submissions it received during consultations on lender risk sharing.

Skyrocketing house prices in Toronto and Vancouver have caused some Canadians to take on record amounts of debt relative to their incomes, sparking concerns from the IMF and OECD about growing risks in the real estate market. Both organizations have called on the federal government to minimize the potential costs to taxpayers in the event of a housing market crash.

Currently, homeowners with less than 20% down payment are required to purchase mortgage insurance from the CMHC or one of the two private mortgage insurers. The insurance covers the banks should borrowers default.

While claims are generally covered by the premiums paid by policyholders, because mortgage default insurance is ultimately backstopped by the federal government, that means that in the event of a severe housing market crash, taxpayers could be left footing the bill.