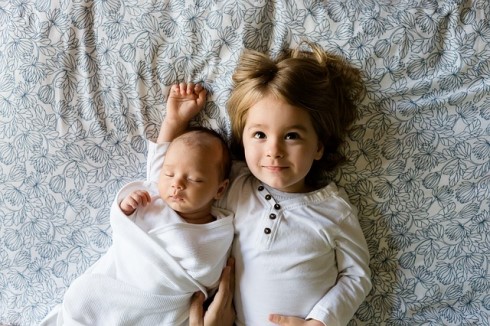 Due to skyrocketing house and rental prices in many parts of Canada, households are increasingly transitioning to more compact living. The change is especially noticeable in British Columbia, where the number of people living in apartment buildings taller than five stories has gone up by more than 23%.

Nationwide, the number of people living in these apartments shot up by more than 12% between the 2011 and 2016 census, according to Statistics Canada.

In Vancouver, where the median house price now exceeds $1m, parents are choosing to raise their children in smaller downtown condos rather than spacious—and pricier—homes in the suburbs.

Adrian Cook is raising his five children—all under the age of 12—in a three-bedroom condo in downtown Vancouver. He moved downtown from the suburbs following a divorce, and says his children are better off being raised in the heart of the city.

Living small has necessitated some creativity, including installing custom bunk beds in a room shared by three boys, but he says it also gives the family easy access to parks, galleries, and libraries.

Just as importantly, Cook’s children get to learn about diversity, which may not always be possible in the burbs.

“They get a much more fulsome impression of the world and the possibilities [by living downtown], and hopefully develop empathy in ways that they might not if everyone was the same as them,” Cook told The Canadian Press.

He added that many families mistakenly assume that kids need a lot of personal space.

“They really want you around and [for] you to love them as much as possible, first and foremost,” he said. “And then they want creative, flexible things to do. They want to be left to their imaginations as much as possible and not have you control their reality.”

Families residing outside the country’s hottest real estate markets are also choosing to live more compact. Shelley Vanderbyl, an artist who lives with her husband and three young children in a 950-square-foot home in Winnipeg, says her family is comfortable with this living arrangement.

“My kids have always grown up in this space. It doesn’t feel small to them. You sort of just get used to it,” she said.

The children learn problem solving and conflict resolution by sharing such close quarters. It also stimulates their creativity.

“If you’re angry at someone, you can’t go somewhere and be away from them. You’ve got to sort it out. You just decide that you’re going to get along,” Vanderbyl said.