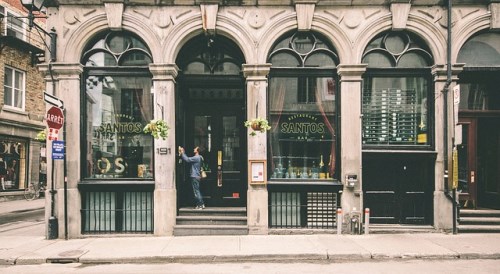 While Toronto and Vancouver’s once-sizzling housing markets are finally showing signs of cooling, Montreal appears to be just getting started.

Rising demand in Canada’s second-largest city has placed Montreal-area home prices on track to rise 6% this year, the largest jump since 2010, according to the Québec Federation of Real Estate Boards. That’s a major increase from a January growth forecast of just 1%.

Growing consumer confidence, an influx of new immigrants, and a healthy job market are fuelling demand for homes.

“We aren’t as crazy as Vancouver and Toronto as far as price increases. But activity is pretty good,” said Eric Goodman, agency executive at Montreal-based Century 21 Vision.

“I wouldn’t be surprised if Montreal becomes the new target for foreign capital investing in residential real estate,” said Cynthia Holmes, associate professor at the Ted Rogers School of Management at Ryerson University, in an interview with the Financial Post. “Montreal is the Goldilocks of the Canadian housing market, with Toronto and Vancouver too hot and Calgary too cold.”

The median price of a single-family home in Montreal has climbed to $312,500, which is faster than last year’s 2% gain and the 1% increase predicted earlier.