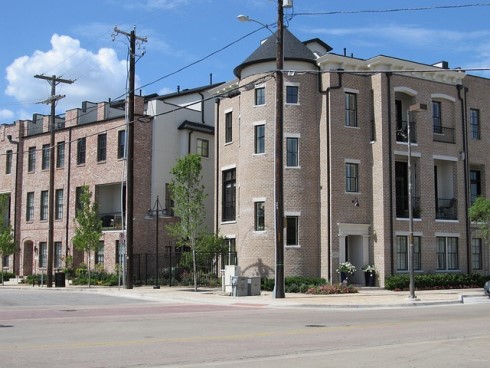 Many real estate developers, including Benjamin Sternthal of Montreal-based Kodem, say this is an impossible target.

“There are a lot of projects that simply won't get off the ground,” Sternthal said. “The spinoffs and jobs created from one construction site are phenomenal. Stats Quebec keeps coming out with [that] and when you ask what's the number one driver of the economy, it's construction, so to inhibit that industry is the worst thing you can do for the economy.”

During a recent English-language debate, Plante argued that no social housing had been constructed in Ville-Marie in the four years Denis Coderre, the current mayor of Montreal, has been in office.

Now that they are taking control of city hall, Projet Montreal wants to change that.

“Twenty per cent social housing, 20 per cent affordable housing in all new developments and also we would like to see apartments with three or more bedrooms so that families can stay in the city. Right now these condos are too small,” said Côte-des-Neiges-Notre-Dame-de-Grâce Mayor-elect Sue Montgomery, adding that rents are too high for many residents.

“We have people in Côte-des-Neiges that are paying 80 per cent of their income on housing. That is unacceptable,” she added.

Montgomery isn’t worried that developers may stop building. “I think there are probably developers out there who recognize that not everybody out there has the same amount of money to spend. As a government, we have the responsibility to provide safe, clean, affordable housing for residents. It's a human right, so if one developer doesn't want to play, I'm sure we will find another developer that will,” she said.

Sternthal, however, said developers won’t be able to abide by the new policy. “The real estate development industry alone can’t afford what’s being proposed,” he said.