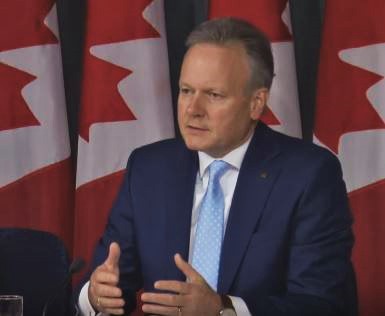 The Canadian economy is growing at a rapid pace—and that’s the principal reason why mortgage rates could start rising before the end of the year.

In the first quarter of 2017, Canada recorded a 3.7% annualized pace of economic growth, the strongest among the G7 countries. Moreover, the country has seen total jobs increase by 1.8% over the past year, outpacing population growth.

According to economists, when an economy strengthens, inflation usually picks up. And when this happens, central banks start raising interest rates.

While inflation has been tepid in Canada, every sign points to this changing soon. Bank of Canada Governor Stephen Poloz said last week that low interest rates put into place in 2015 to prevent the oil price collapse have “done their work”. This provides a clear indication that BoC is thinking about raising rates soon.

As recently as a month ago, most analysts forecasted that BoC would hike rates no earlier than early 2018. Most are now hurrying the timeline. The Canadian Imperial Bank of Commerce (CIBC) issued a forecast last Thursday that predicted a rate hike in December. Meanwhile, Caisse Desjardins economists are now forecasting a rate hike in October, but see the possibility of a rate hike as soon as next month.

“Recent events, particularly the noticeable change in the Bank of Canada’s tone, have reinforced our belief that a gradual rise in rates should begin shortly,” the economists wrote in a report last Thursday.

For those with a fixed-rate mortgage, the impact of higher interest rates won’t be felt until it’s time to renew their mortgages. However, those holding variable-rate mortgages could start paying more in interest and less towards capital as soon as rates rise.