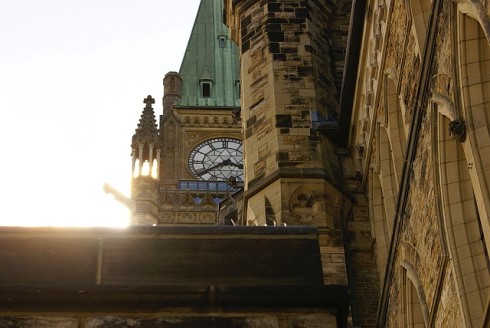 Ottawa’s much-awaited National Housing Strategy can either boost housing affordability or put homeownership further out of reach for many Canadians, according to a new white paper from the Macdonald-Laurier Institute (MLI), an Ottawa-based non-partisan think tank.

While key cities, like Toronto and Vancouver, and provincial governments most impacted by the housing affordability crisis have been busy debating the sources and solutions to the issue, Ottawa has largely been left out of the debate.

“There is some basis for this. Most of these issues are localized and outside of federal control. But it is wrong to assume that there is no federal role in enabling the conditions for affordable and responsible homeownership,” MLI said in its report. “Ottawa touches on the housing file in several ways – including monetary policy, mortgage insurance, financial regulations, tax policy, and social housing spending.”

The MLI added that Ottawa’s housing policy often lacks internal consistency. “Policy changes are regularly enacted with little focus on their consistency or compatibility with other housing-related policies. One example: successive cases of mortgage rule tightening have taken place while Ottawa has … expanded incentives and subsidies for first-time home buyers. It often seems like the left hand and the right hand are not speaking.”

A National Housing Strategy that looks holistically at federal housing policy can address this lack of concurrence. “Policy-makers should aim to replace the bride of Frankenstein with a carefully conceived strategy. This could be a major step in the direction of enabling the conditions for affordable and responsible homeownership in Canada.”