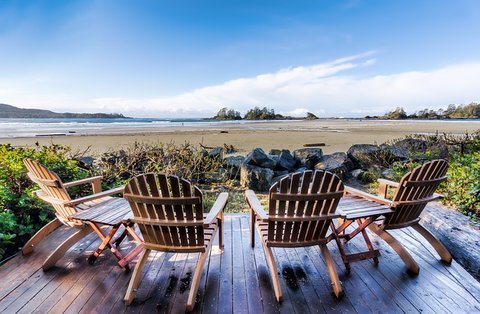 Patricia “Pat” Carney, the former Conservative senator and cabinet minister, has penned a letter to Premier John Horgan about the damage she expects the looming Speculation Tax will level on residents in rural British Columbia who also have properties in the Lower Mainland or Greater Victoria area.

“Your proposed tax misses the target of limiting real estate speculation by foreign investors in specific regions of the province and lands a bull’s eye on Canadians, including British Columbians, who support our rural economies,” Carney said in her letter.

She said she was motivated to pen the letter because no one else was speaking up for rural British Columbians.

“Why are you taxing us and for whose benefit?” Carney asked from her home on Saturna Island. “We’re entitled to live in rural BC without being taxed for it.”

Since Saturna Island has no medical facilities, Carney maintains a second residence in Vancouver. Her second home is likely to be hit by the 2% annual tax, which Finance Minister Carole James said is meant to encourage property owners to release their homes to the province’s undersupplied rental market.

Making daily commutes to Vancouver or Victoria to deal with lawyers or doctors isn’t feasible from Saturna and many other parts of the Gulf Islands as it could take up to eight hours. Keeping a second residence in Vancouver has been Carney’s solution, though this might not continue.

“We’re the silent minority, everyone thinks we’re rich Salt Spring Islanders,” she said in her letter. “The issue is fraudulent corrupt speculation which is destroying our cities … that is who [Horgan] is targeting and it shouldn’t be rural British Columbians.

“The proposed tax on secondary residences would force me to make a difficult choice; give up my Saturna home, where my parents are buried, or sell my Vancouver condo, assessed at more than $1 million, since strata rules do not permit rentals and I cannot afford the punitive tax proposed.”

Carney is also worried about the impact the Speculation Tax would have on the 60% of homeowners in Saturna who’re part-time residents.

“We rely on these families to support our small business community and cultural events and help keep our school open by employing full-time residents,” she said. “People talk to me, they are in a panic … [the tax] will completely de-populate the island.”