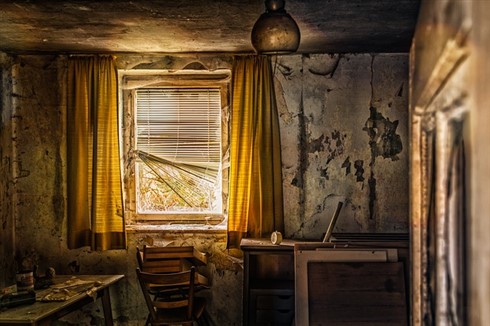 Gary Harding, an 86-year-old pensioner who inherited his mother’s 1927 home in East Vancouver decades ago, says Vancouver’s new Empty-Homes Tax is forcing non-speculative property owners into either operating a rental business or selling.

Harding, a retired movie projectionist residing in Richmond, said he wrote to Vancouver’s municipal government after receiving a tax bill of $14,139, due in April, for the home on East 29th Avenue.

Harding’s family has been using the property for storage, and it suffers from a number of issues, including lead paint and non-compliance with the fire code, rendering it uninhabitable.

To avoid the tax, Harding would need to spend at least $30,000 to bring it up to code for rental or sale, neither of which he wants to do.

“I sure as hell feel like I’m being cornered,” Harding said. “I’m 86. I’m not going to be able to recoup that money [for repairs] in my lifetime. I don’t think the city can force you to go into business. If you rent a house, you are in the rental business, and you have to get a licence from the City of Vancouver. I don’t want to sell under pressure.”

In a statement responding to Harding’s complaints, City of Vancouver spokesperson Jag Sandhu said the tax regulations on the issue are straightforward.

“The bylaw that council approved in November 2016 did not exempt uninhabitable properties because the intention is to move forward with creating housing supply on those sites,” Sandhu said.

The city allows an exemption for major redevelopments and renovations, but this only applies to properties that are unoccupied for more than 180 days of the year. Permits would need to be issued and work must be carried out.

Sandhu added that property owners can only submit complaints if the city made an error, or if the owner did not supply the proper information in his or her property status declaration.

“We don’t live in a socialist state. Why are we only targeting a specific group of people?” Harding asked. “If I had housing that’s easily rentable, then I can see that the city would have a case against me. But even then, why do I have to supply housing? If we live in a private-enterprise society, why is a gun being put to my head, just because some guy wants to live in Vancouver?”

Wesley McMillan, commercial litigator with Hakemi & Ridgedale, said the City of Vancouver is within its rights to determine what the land in the city ought to be used for. He added that it was the owner’s responsibility to ensure their property was in habitable condition.

“From a legal perspective, how is this any different than having a house fall into disrepair, and the city issuing a bylaw violation saying the property is an eyesore and a mess, and that the owner has to clean it up or the city will do it and bill the owner for it?” McMillan asked.

“The city clearly has an authority to tax, and they clearly have an authority to dictate land use, and this is a tax to dictate land use. So my suspicion is that they are in the clear. The city is not saying you have to sell the thing; they are saying you have to rent it out or sell it. The fact that it has become uninhabitable in the last 16 years – we didn’t tell you to do that. You chose not to [maintain it].”

Also read: Vancouver has thousands of empty or under-utilized homes