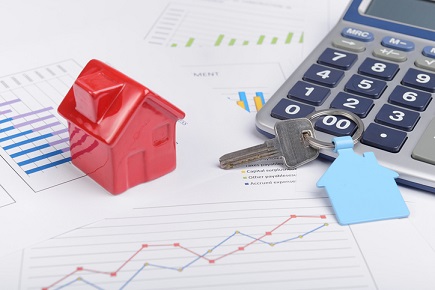 In its latest Canada Housing Health Check, RBC said the probability is “still low but has increased somewhat in recent months.” Mortgage stress tests and rising rates are making it harder for buyers to enter the housing market, according to the bank.

RBC said higher interest rates put high-priced markets such as Vancouver and Toronto at risk. Homeowners in Alberta could also be in trouble due to high household debt. But the bank sees mortgage stress tests only as a “short-term headwind.”

“Longer term, the tightening of mortgage and housing policy rules will reduce risks," said RBC. “Regulatory changes made the market healthier — it is now balanced, well supported by economic and demographic fundamentals..."

In Calgary, plunging oil prices and pipeline politics are creating uncertainty. RBC said the demand is soft and prices are expected to lower in the near term.

“This remains one of Canada’s stronger markets at present with a generally positive risk/vulnerability profile,” said RBC.

An elevated level of apartment construction in Vancouver, Toronto and Montreal is a potential long-term concern, according to a Yahoo Finance report, but RBC said unsold inventories are low.