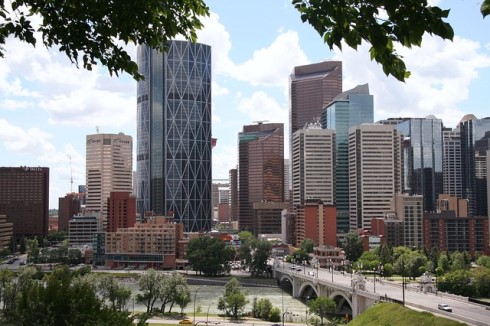 Campbell and Hunt have developed a “real estate cycle clock,” which gauges how a market is performing. The clock is divided into three sections: The boom cycle, the slump cycle, and the recovery cycle. Each section is further subdivided into the beginning, middle, and end.

Utilizing data from 2016 and 2017, Campbell and Hunt have identified Calgary’s position in the real estate cycle clock.

They added that these were the best figures since the crash in oil prices in late 2015.

On average, home prices are down slightly from the same time last year.

“However, when we look at the overall trend, we see prices took a strong move upwards in the first three quarters of 2017, indicating some confidence moving back in the housing market,” they said. “This demonstrates the housing market appears to have hit a longer-term trough in real estate values. Most of these increases in prices are for detached homes, where apartments and condos seem to be doing worse compared to last year. This is no surprise, given the overbuild situation the city condo market finds itself in.”

The city’s official rental vacancy rate is 6.9%. “However, this number is lower than actual market conditions. Tenants have more choice now than ever before in Calgary and are using this downturn to upgrade their living conditions and move to upgraded or new units. This pushes vacancy rates downward while increasing vacancies in older, un-renovated units. The City of Calgary forecasts the [vacancy rate] will taper down in 2018, which is a good sign of growth in housing demand to come.”

The city’s economic fundamental key drivers and market influencers made it clear that the housing market is in the middle of a slump, Campbell and Hunt concluded.