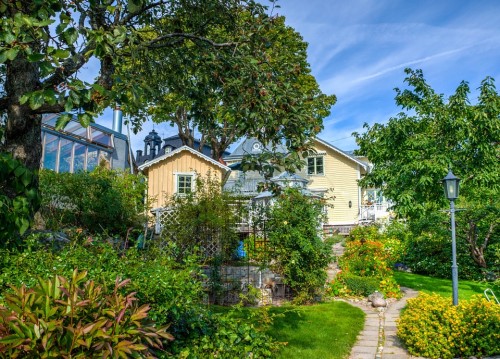 Despite skyrocketing prices in Canada’s hottest housing markets and high debt-to-income ratios, the majority of Canadian households have very little to no debt, according to the Royal Bank of Canada (RBC). But a sharp rise in rates could spell trouble for more vulnerable households.

Last year, one-third of Canadian households were debt-free, and 25% owed less than $25,000. Moreover, many households are paying their mortgages on time: only 0.28% of mortgages are more than 90 days late.

A healthy labour market and low interest rates have been supporting the amount of debt households have been accumulating, according to RBC. However, if trends shift, homeowners need to be prepared to make adjustments.

“There is concern that if we see a sharp rise in interest rates or an employment shock or people suddenly lose their jobs and can no longer pay for their debt, then that certainly is something that we want to keep in mind,” Laura Cooper, an economist at RBC Economics, recently told BuzzBuzzNews.

While Canadian real estate has been a hot topic in the media lately, Cooper said many headlines are misleading.

“These negative headlines are focused on aggregate numbers that lump all households into one and really the story is more [than] the level of debt that particular households have,” Cooper said. “A relatively low share of households account for the bulk of debt in Canada, so I think it’s just monitoring the concentration of debt that is important.”

Households appear to be utilizing funds from lower interest payments to borrow more money, said RBC. Even though interest rates have declined over several years, the share of income required for households to settle their debts has remained stable over the same period.

If interest rates were to increase by one percentage point over the next year, households would have to spend an additional two cents on debt repayments for every $1 of income, said the bank.

Considering that Canada’s median household income is $78,870, this increase works out to about $130 more in monthly debt-servicing costs.

Accelerating consumer-credit growth is another troubling development the bank is keeping a close watch on. According to RBC, interest payments for consumer debt are equal to the total interest paid on mortgages, and consumer debt tends to be tied to variable rates.

While growth in this segment remains low, it could prove problematic if interest rates were to rise. “It has remained fairly steady over the past number of years despite interest rates declining. So, in an environment of rising rates that would put upward pressure on some households to finance their debt load,” Cooper said.

Along with rising interest rates, many homeowners would find it hard to cope with debt if a housing correction were to happen.

The average homeowner’s equity as a percentage of real estate is 74%; however, that number drops if a homeowner has a home equity line of credit, according to Statistics Canada.

“Consumers may be pressed if they’ve been using the equity in their homes to fund some consumption and so they would no longer have that degree of cushion within their equity in order to be able to fund that,” Cooper said.