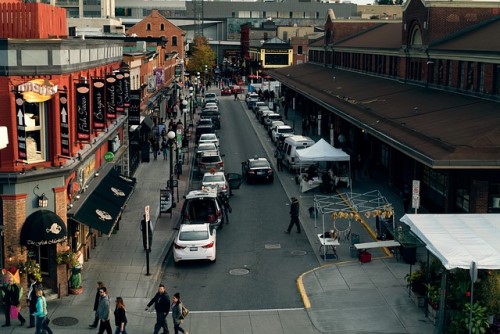 Extending stricter mortgage rules to all borrowers is a bigger risk to the housing market than higher rates, according to Benjamin Tal, deputy chief economist at CIBC World Markets. Tal argues the nation’s policymakers should seriously reconsider such a move.

The country’s banking regulator, the Office of the Superintendent of Financial Institutions (OSFI), is taking aim at the uninsured mortgage market, where borrowers make a down payment of 20% or higher by proposing stringent stress tests for such borrowers, in line with what’s already taking place in the insured market.

In his report, Tal argues that the BoC is not oblivious to the fact that borrowers are highly sensitive to rate rises. “The increased sensitivity to higher rates will prevent the Bank from moving too rapidly,” he said. “The more immediate risk is the proposed rate qualification regulatory changes which we believe have the potential to notably slow down growth in mortgage originations.”

Tal further warned that a slowdown in consumer spending and the housing market could trigger a recession.

Toronto -- Canada’s last hot housing market until a few months ago -- is now in rapid cool-down mode following the government’s intervention. Sales have plunged and the average price is down 14% from April’s record highs.

Given the market’s current momentum, it might be advisable to rethink the timing of new stress tests for uninsured mortgages, Tal said.

About four out of every five mortgages in Canada are conventional, uninsured mortgages, with the big banks dominating the market. If OSFI expands the stress test as planned, conventional buyers could see their purchasing power reduced by 18%.

“As we’ve seen time and time again, onerous mortgage regulations aren’t necessarily a death knell for housing,” said mortgage expert Robert McLister. “But if housing does dive because of OSFI’s move, not only will policymakers and our real estate-dependent economy get burnt, but so will anyone who relies on home equity.”