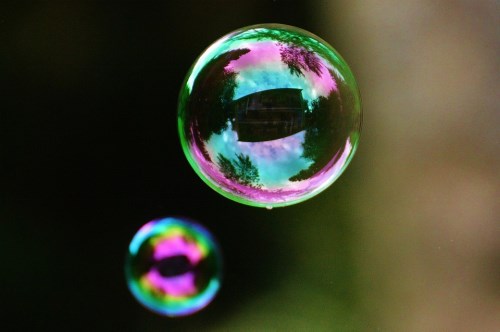 Should the Bank of Canada (BoC) raise rates to counteract the housing bubble?

This old debate is finding new life as the country continues to struggle with runaway house price growth in Toronto and Vancouver. Home prices in Toronto are up 32% over the past year, and have more than doubled since the recession. In Vancouver, home prices have climbed 58% over the past four years. Meanwhile, household debt is at record levels and recently surpassed domestic product for the first time.

Using a succession of policies, lawmakers at every level have tried to engineer a slowdown. However, they’ve fallen short of achieving this desired effect.

Should the Bank of Canada, which releases its biannual analysis of financial stability risks today, step in with higher borrowing costs to “lean against” the bubble, even at the expense of not meeting its inflation target?

Unfortunately, with household debt at such high levels, it might be too late for the BoC to act.

Note that the central bank’s primary objective is to adjust interest rates to keep inflation as close to 2% as possible. Financial imbalances, along with other facets such as trade, business investment, and oil prices, factor into the decision making. The BoC also considers financial stability outside the context of macroeconomic objectives, because the economy can’t function properly without a stable financial system.

When the central bank’s primary concern is financial stability, the direction of policy is clear when faced with growing debt and financial imbalances: interest rates should be on their way up since cheap credit fuels household borrowing.

In contrast, when inflation target is the main policy impetus, things get messier. Sometimes, inflation and financial stability concerns call for the same action. For example, if a red-hot housing market creates higher inflation, the central bank has to respond by tightening.

Often, these two objectives conflict, and a weaker economy would necessitate low interest rates, which in turn fuels financial imbalances. This is the position the BoC finds itself in today, as it hasn’t been able to keep inflation at its 2% target over the past two years.

Raising interest rates to counteract a housing bubble would simply force the rest of the country to suffer for the excesses of Toronto and Vancouver’s housing markets.

“From the Bank of Canada’s perspective, what you have is a potential financial stability concern that isn’t explicitly part of the Banks’s inflation targeting framework, while inflation remains well below target,” said Jean-Francois Perrault, chief economist at Bank of Nova Scotia.