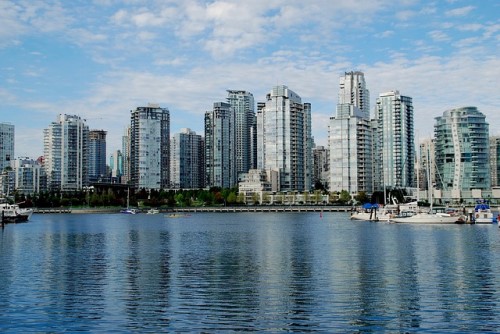 Vancouver’s latest round of housing policy announcements should be welcome news for residents struggling to secure affordable housing, according to Eric Swanson, executive director of Generation Squeeze, a research and advocacy organization for young Canadians.

The new policies – which include quadrupling housing targets for purpose-built rental homes, proposed short-term rental regulations, and other recent developments – demonstrate “a municipal urgency and willingness to experiment that other communities would be well-advised to emulate,” Swanson said in an op-ed that appeared in the Vancouver Sun.

Despite these efforts, the stark truth is that the vast majority of new housing supply entering the market is nowhere near affordable, according to Swanson.

Benchmark prices for condos, townhomes, and detached units continue to set new records, approaching $1m for all housing types across Greater Vancouver. Meanwhile, the average cost to rent a one-bedroom unit is now $2,090 a month.

This is why the city has proposed a pilot project in a portion of the Cambie Corridor. In this area, 20% of new rental units would be made permanently affordable for households earning between $30,000 and $80,000 each year. “The new units would range from $850-$1,000 for a studio to $1,700-$2,100 for a two-bedroom unit, and would be supplied in exchange for more height, relaxed parking requirements or waivers on fees for developers,” Swanson said.

But what about the other 80% of renters in these new developments who weren’t fortunate enough to have secured one of the affordable units, not to mention Vancouver residents who don’t own homes that have appreciated in value over the last few years?

“Some have argued the city’s recent announcements – for example the proposed zoning changes to allow more duplexes, laneway suites and infill houses in single, detached zones – don’t go far enough,” Swanson said. “We agree, and look forward to bringing together existing and aspiring residents to have a conversation about how smart densification can enhance the character of Vancouver’s single, detached neighbourhoods.”

Swanson believes that a wholesale rethink of how Canada taxes housing wealth is needed in order to more effectively rein in housing costs.

“When it comes to paying for things like medical care and other social programs, our tax systems [treat taxpayers] essentially the same, despite the vast differences in wealth and socioeconomic potential. If we want to sufficiently rein in the cost of new and existing housing supply for the majority of residents, we need to start taxing housing wealth fairly. Windfall real estate profits and affordability are mutually exclusive, whether the person making the windfall is a foreign investor or mom and dad.”

Swanson said a restructuring of how cities like Vancouver tax housing wealth would require the participation of provincial governments as well as the federal government.