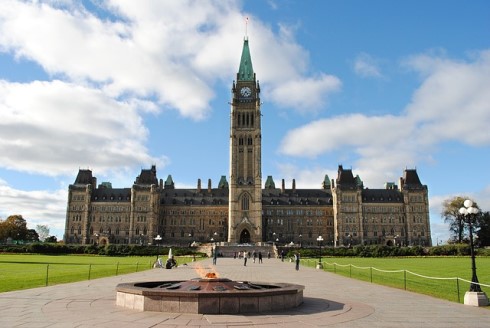 The Liberal government is fond of promising help to those working hard to join the middle class and own their own homes. On Wednesday, Ottawa unveiled billions of dollars in housing help, which could make a difference to hundreds of thousands of households – but only after a few years when federal money finally flows to new units and tenant benefits.

The release of the much-anticipated National Housing Strategy on National Housing Day was designed to tout tens of billions in planned and expected spending over the following decade, as well as solidify the Trudeau government’s re-entry into the affordable housing sector.

In the plan was a promise to introduce legislation to make housing a fundamental Canadian right. Other promises include creating a portable housing benefit for low-income households and prioritize funding for the most vulnerable segments of the population, such as women escaping domestic violence.

However, the plan rests heavily on provinces and territories making financial contributions, otherwise federal dollars won’t be provided. Even then, nothing will be implemented until April 2018, and the new housing benefit won’t kick in until 2021.

Prime Minister Justin Trudeau said spending has been delayed because the federal government needs to take the time to get everything right, and satisfy a plethora of local, provincial, and territorial needs.

“We are looking at the realistic horizon that is going to not just put a Band-Aid on the problem, but create the kind of deep change and lasting impact that we know Canadians are going to need,” he said at an event in Toronto. “When we say the federal government is back for the long term, we mean it — and that starts with getting it right from the very beginning.”

The plan allocates nearly $10bn in planned spending, $11.2bn in housing money outlined in this year’s budget, and $4.8bn for affordable housing providers. The rest of the funds will come from the provinces, territories, and private sector, totalling nearly $40bn over a decade.

The portable housing benefit could eventually help 300,000 households by 2028, as well as provide $2,500 on average each year in help, but only if provinces and territories match $2 billion in federal money and ensure the extra money doesn’t cause private rents to escalate.

Mitigating inflationary pressures account for why the documents emphasize targeting the funds to those in community and social housing.