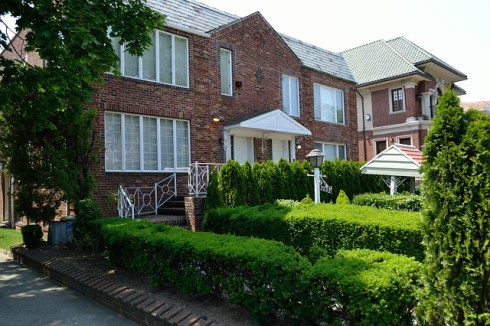 In his new book, Burn Your Mortgage: The Simple, Powerful Path to Financial Freedom for Canadians, author Sean Cooper explains how he was able to pay off his $255,000 mortgage in exactly three years and two months, at the age of 30.

He took on two extra jobs, on top his of his daytime job as a pension plan analyst in Toronto. He also lived in his basement so that tenants could occupy the top floors, and avoided vacations and extravagant purchases.

Even after clearing his mortgage and writing a well-reviewed book about how he did it so quickly, Cooper is still working 70-hour weeks and living in his basement. The goal now, he told Global News, is to save enough cash to retire extra early, should he choose that route.

While Cooper’s extreme approach to mortgage payments and frugal lifestyle clearly doesn’t suit most people, he does offer advice that every home loan borrower can apply to pay down their mortgage debt more quickly.

While borrowers should get the lowest rate if they can, rates aren’t the only thing to consider when comparing options. The point is to get the best deal – which doesn’t always mean the lowest price, Cooper said.

In addition to interest rates, borrowers should also pay attention to the “three Ps”:

If you have no spare cash to channel into your lump-sum payments, Cooper says you could still use what he calls “found money”: an inheritance, gifts of money, a one-time bonus at work, or even your tax return.

Lump-sum payments can shave thousands of dollars on the interest and years off your amortization period (i.e. the amount of time it will take to pay off your loan in full).