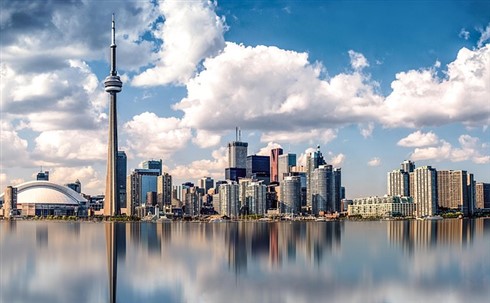 TREB said March sales figures were down by 17.6% from the 10-year average and REBGV said sales in that region were down by 23%, but had increased by 14% in the previous month.

But the paired trends between the two markets could end in a few months, according to Dolega, in part because British Columbia’s latest budget introduced a slew of measures designed to cool the housing market, including a Speculation Tax targeting both foreign and domestic buyers who don’t pay taxes in the province. In contrast, Ontario’s budget offers no new measures to cool its own housing market.

"We are in for some divergence moving forward with the Vancouver market seeing some continued weakness into the year, whereas Toronto will probably see some sideways movement, but more of a pickup later in the year when people trickle back into the market," he said.

"The worst is behind the Toronto market."