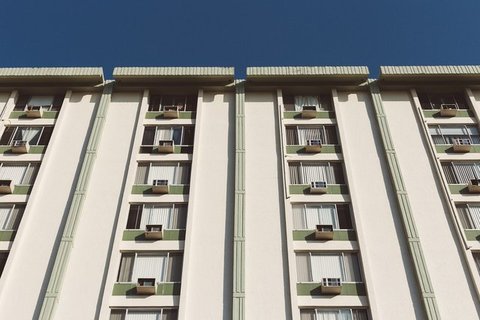 The Toronto region will need up to $150bn in new home construction in the coming decade—and most of this should be rental units to make housing more affordable, according to a new report from the Canadian Centre for Economic Analysis (CANCEA).

Toronto’s notoriously high house prices haven’t stopped the city from achieving one of the highest homeownership rates in the developed world, up 23% over the past 35 years.

CANCEA’s report calls Toronto “two cities in one”. It reveals that half of city-area residents are over-housed, with 2.2 million empty bedrooms. Moreover, there are 400,000 homes in Ontario with three or more empty bedrooms.

It would take only about 350,000 bedrooms to appropriately house the 20% of Toronto residents, many of them families, who are classified as shelter-poor.

“If this was happening to our food chain or our water supply, we would have a visceral reaction. But because it’s happening in a very slow-burn housing market, it’s like heating up the frog very slowly in the pan — it doesn’t notice until it’s too late,” said Paul Smetanin, CEO of CANCEA.

The city has restricted vast swaths of its territory to single-family detached homes; this in turn has led to an acute shortage of appropriate housing. Smaller households are the most over-housed, as they’re situated in neighborhoods where the population is shrinking and aging. Meanwhile, larger households, with five or more people, are more likely to be under-housed in high-density apartments with insufficient bedrooms.

There’s also a shortage of ground-level homes, known as the “missing middle”: townhomes, row houses, small apartments, and duplexes. These types of homes would appeal to families.

The missing middle, along with secondary suites, should have a greater presence in single-family neighborhoods. However, zoning doesn’t permit it, Smetanin said.

CANCEA has developed a Shelter Consumption Affordability Ratio index, which measures housing affordability far beyond a household’s mortgage payments or rent. The index factors in shelter-related expenses, such as the cost of transportation to work and school, utilities, maintenance, and property taxes.

The index then uses computer modelling to assess the effect other factors would have on affordability. These range from property speculation and household debt to income levels.

The index results show that one in three residents in the Toronto area, and one in four in Ontario, suffer from extreme affordability pressure. “It is serious and has serious consequences for the development of our communities and the economy,” Smetanin said.