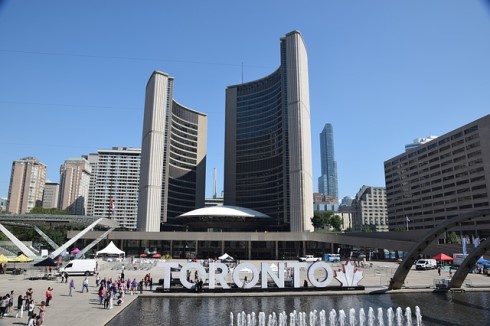 The Ontario government’s move to curb foreign real estate buyers appears to be working, with a drop in the number of transactions involving foreign buyers in the months after the province introduced a tax on non-residents.

Slightly more than 3% of real estate activity in Toronto and the Golden Horseshoe region from May to August involved foreign buyers, according to new government statistics released last Thursday. This is a significant drop from the 4.7% the month after the tax was introduced.

“We put in those measures, and it shows that they’ve been reduced, and it also shows that the market stability is there,” Ontario Finance Minister Charles Sousa told reporters last week at Queen’s Park.

Overall, the Toronto Region housing market has cooled considerably since the non-resident speculation tax was introduced by the provincial government. However, experts agree that the growing chill has more to do with the psychological impact of other new provincial policies, such as expanded rent controls. On its own, the tax cannot make housing more affordable.

Foreign buyer rates are higher in the York Region, which topped the list of Ontario municipalities, at 6.5% of transactions from May to August, followed by Toronto, where the rate was 5.6%.

In the month immediately after the new foreign buyer tax was introduced, 4.7% of those who purchased homes and condos in a wide swath stretching from Niagara to Toronto, east to Peterborough and north to Barrie, were non-residents. However, this includes a number of previously negotiated deals that would have been grandfathered in – and these were not affected by the new tax.