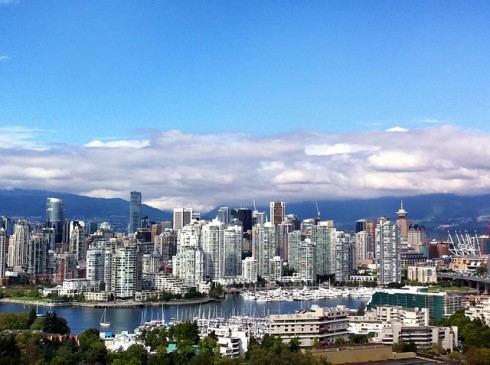 Cardona drew 5,411 votes, placing him ahead of only three independent candidates and Mary Jean “Watermelon” Dunsdon.

In the wake of Cardona’s defeat, Robertson issued a statement acknowledging that Vancouverites were “frustrated” over the city’s increasingly unaffordable house prices.

“We’re working hard to deliver solutions, but tonight’s results show us there’s much more work to do,” he said.

For Andy Yan, director of The City Program at Simon Fraser University, the by-election results reflect voters’ feelings that the City of Vancouver wasn’t hearing them on housing.

“I think many Vancouverites feel like city hall isn’t listening,” Yan told BC1. “But then I think after elections like this, they can certainly be heard.”

Housing data from numerous sources, including the Royal Bank of Canada (RBC), shows that affordability has deteriorated over the years that Vision Vancouver has been in power.

According to Justin Fung, spokesman for activist group Housing Action for Local Taxpayers (HALT), there are many reasons why Vancouverites are frustrated with the housing situation.

Fung was disappointed with Robertson’s response to a 2015 study by Yan, which showed that expensive homes in Vancouver’s west side were being purchased by people who listed their occupations as students and homemakers.

Yan searched the titles to homes by looking for non-anglicised Chinese names, and concluded that foreign investment had a role to play in the city’s escalating house prices.

Robertson responded by saying he did not approve of “blaming of any one group of people — or any one kind of last name — for the challenge of housing affordability.”

“Nine years ago, [such statements] were seen as a fresh set of ideas” Fung said. “It’s hard to take [Vision Vancouver] seriously [now] when they’ve made a lot of moves that have undermined housing affordability.”

Fung added that there was a growing perception that Vision Vancouver is closely tied to real estate developers. During the last civic election, the party raked in hundreds of thousands of dollars in donations from developers, including Aquilini Development and Concord Pacific.