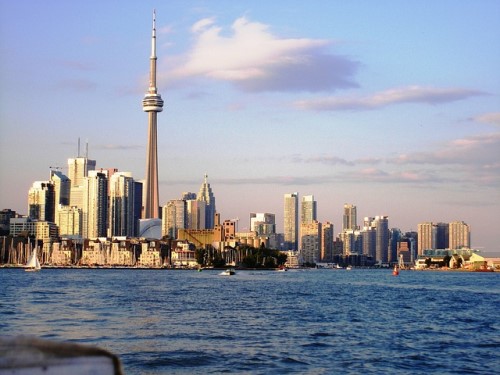 While it might be tempting to sacrifice everything in order to purchase your dream home, going for something a little more affordable will pay dividends down the road.

Prospective homebuyers glancing at the real-estate listings in pricey markets like Toronto and Vancouver are bound to feel discouraged. The average price of a home in the GTA was $863,910 in May, according to the Toronto Real Estate Board (TREB). Affordability is even more dismal in Greater Vancouver, where the average price for a detached house is now $1,830,956.

While condos represent a cheaper means of ascending the property ladder, they are by no means cheap. And for those thinking of starting a family, the prospect of living in a two-bedroom high-rise condo may sound far from appealing.

In such strained circumstances, the urge to spend every penny of what a bank is willing to lend may prove tempting. Nevertheless, exercising some restraint could pay dividends down the road, according to the experts.

“Definitely get something that’s much more manageable than what you qualify for because there are so many other expenses that pop out of the woodwork that you never really thought of,” said Adrienne Annett, a real estate agent with Right at Home Realty Inc. in Toronto.

These expenses can range from semi-frequent payments, such as property taxes and hydro, to monthly expenses, such as internet and condominium fees. While condominium fees may seem like a sizeable expense, at least owners are covered for any major repairs that may need to be done.

For homeowners, however, the cost of home maintenance could prove crippling. Hence, it is best to prepare a financial buffer to accommodate issues as they arise.

“When a house catches you by surprise and needs something significant in the maintenance department, it’s usually immediate and it’s usually in the thousands of dollars,” said Ross Taylor, founder of Ross Taylor & Associates, in Toronto. “Things are just going to come up and they should be notionally factoring in $200-$300 a month for maintenance to be determined as time goes by.”

Moreover, many homebuyers don’t take precautions against threats that could lead to foreclosure.

While interest rates are currently low, Annett said no one is sure when they might rise again. It’s a guessing game that a lot of people who’re up to their eyeballs in debt aren’t ready to play.

“The idea is to get rid of the mortgage, not just keep it and just hope the interest rates will stay low because heaven forbid if you have a 2.5 [percent] interest rate for five years and when it comes time to renew it’s 3.5 [percent]. Some people will lose everything,” Annett said.

To prevent disaster down the line, Annett advises her clients to be realistic about what they can afford. “You don’t always have to get the best property right away. I always suggest to people: Try to get something a little smaller; maybe get a condo at first and then sell it, get some equity and get something bigger,” she said.