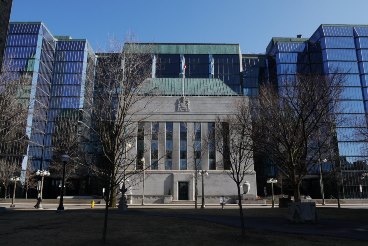 On Monday, the Bank of Montreal (BMO) became the last major Canadian bank to change its central bank forecast for next week to a rate hike. This followed the release of the Bank of Canada’s (BoC) latest quarterly survey, which showcased a largely robust outlook for Canada’s sales and business investment.

Nevertheless, a rate hike isn’t a foregone conclusion, and there remain many reasons why Governor Stephen Poloz may choose to keep the interest rate unchanged.

First, despite 2017 producing the strongest gross domestic product growth in six years and unemployment running at its lowest in four decades, Porter points out that inflation still isn’t dangerously above target.

Also read: Bank of Canada forges ahead with rate hike as economy surges

Second, most executives still see inflation holding at or below 2% over the next twenty-four months. The Canadian dollar has strengthened 11% against the US dollar since May, and speculation about higher interest rates may jack it higher. Poloz may seek to prevent this from happening by staying on the sidelines on January 17.

Third, OSFI’s new mortgage rules, which took effect at the beginning of the year, will make it tougher for some borrowers to afford a home and could weigh on prices. To avoid straining housing affordability even further, Poloz may choose to keep the benchmark rate unchanged.