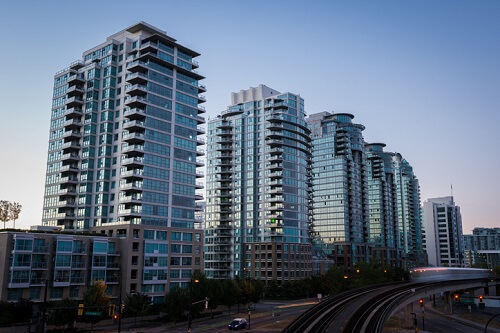 More than a third (39.7%) of Toronto’s condos are owned by people who don’t live in them, according to figures released last week by Statistics Canada, which suggest that more cities across the country could be facing a growing struggle with housing affordability.

The new statistics offer further evidence that people now see housing as an investment, and not necessarily as a place to live, said Andy Yan, Simon Fraser University City Program director. Yan said the data shows that home prices have “decoupled” from income, and are instead driven by access to capital, giving investors a clear advantage over average Canadians.

“It’s not about supply or demand anymore,” Yan said. “It’s: who are we building for?”

Worries about the country’s overheated housing market have until now focused on Vancouver, where just 12% of families can afford to own a home and investors own almost 50% of condos. Punitive taxation on vacant properties and foreign buyers is having some success on the issue of foreign ownership, but Vancouver still ranks as the second-least affordable city in the world.

In Toronto, investor-owned properties are contributing to rising condo prices and a crunch on affordable rental housing, according to a report by The Guardian.

John Pasalis, Realosophy Realty’s president, said that developers are more than happy to build luxury and micro-condos for wealthy investors, rather than affordable family homes for average Torontonians.

“Five years down the road, do we really need 50,000 micro-condominiums that are renting for $2,000 a month?” Pasalis said. “I think this is the risk when your entire new housing supply is driven by what investors want, rather than what end users want.”