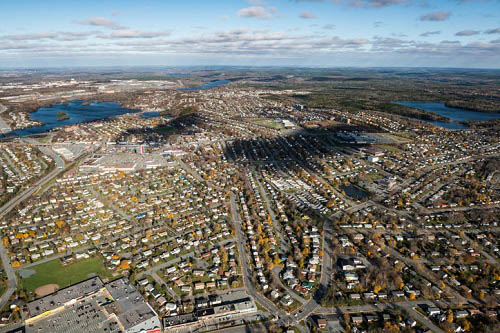 The Canada Mortgage and Housing Corporation (CMHC) reported that housing starts for October decreased compared to the month before, with Vancouver and Toronto tracking opposite trends.

The trend in housing starts sank from 207,809 units in September 2018 to 206,171 units last month. The trend measure is a six-month moving average of the monthly seasonally adjusted annual rates (SAAR) of housing starts.

As such, CMHC's Chief Economist confirmed that the housing starts hit a new low for the year.

"The national trend in housing starts declined for a fourth consecutive month in October, which leaves the trend at its lowest level since February 2017," he said.

"However, despite declining for several months, the trend remains slightly above its long-run average because it follows historically elevated levels of activity in 2017."

Putting the spotlight on the two of the most expensive markets in Canada, it was found that their performances differ. Housing starts in the Vancouver Census Metropolitan Area (CMA) slid in October 2018 due to fewer projects in both the single-detached and multi-family across the region. It was highlighted that construction activity for the month was concentrated in the City of Vancouver, which accounted for over half of all starts with several major projects. The resale home market was also observed to be softening this year. Hence, it is anticipated that new home construction for the year will be slightly lower than 2017.

Toronto, meanwhile, saw higher housing starts, thanks to strong multi-family dwelling starts.
A highlight of the report was the robust pre-construction sales of more affordable townhomes and condominium apartments over the past two years, which eventually pushed housing starts this year to rise. The downside, though, was the continued decrease in single-detached home. This resulted for this segment to dip to its lowest level so far in 2018. Similarly, pre-construction was noted to slow down over the previous year.