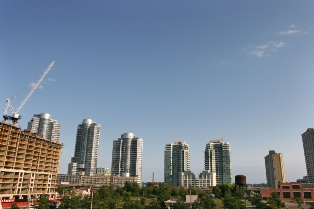 Toronto's overall housing market is posting healthy gains, but the city's condo segment appears to be doing all the heavy work, the latest figures from Statistics Canada show.

"The decline in the quarter is almost negligible, but it does show a little cooling. However, that's probably expected when prices rise over a fifth in such a short period of time," said an analysis in Better Dwelling.

Also read: Cautious buyers will push Toronto rents up 11% in 2019

New condos experienced a significant drop in prices in the recent quarter, while condo resales gained considerably, up 1.11% quarterly and 6.56% annually. This puts current resale prices 29.79% higher than they were in Q1 2017.

Resales in this segment also performed better than new sales. In fact, the values of newly-built homes were down by 1.16%, leaving prices up by a measly 0.29% from a year before.