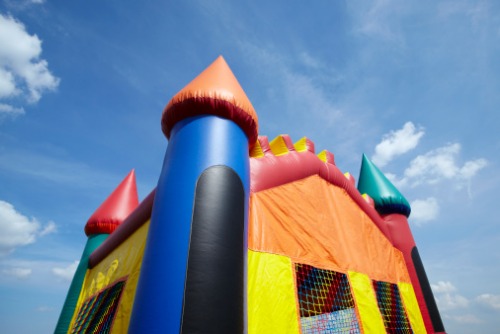 An inflatable home, the first of its kind in the country, has popped up in Esquimalt, BC.

The home's main structure went up in just three hours – it's a giant white balloon that serves as a mould for the finished home.

Once inflated, the bubble is sprayed with a polyurethane sealant, reinforced with rebar, and then sprayed with concrete and covered with a stucco exterior, and the balloon is then removed to be reused for another project.

Nouvel Housing, the home’s developer, partnered up with Binishells and licensed out the technology, according to a CHEK report. Nouvel said that it's an affordable and energy-efficient alternative to traditional building materials.

"The options are pretty vast," says Brittany Olney, Nouvel Housing vice president. "This allows us to build in half the time, which cuts down on cost."

A 3,800-square-foot duplex home like the one in Esquimalt will set customers back about $675,000 for both units, according to the company.

Aside from reduced construction times, the bubble home design also helps buyers save in the long run as there are no shingles, gutters or additional roofing materials required.

"We’ve been building the same way for so long," Olney said. "To get a better result in the same prices, we have to do something different."

Kim White, a resident in Metchosin, is next on Nouvel's list for a bubble home. She told CTV News that she was sold out on the idea due to the price and the energy savings implied in the developer's design.

"I really think it's the way the future is going to go," White said. "We are going to quit building wood houses."