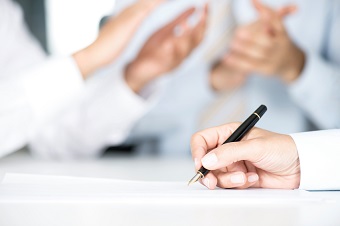 The Manitoba government has finally signed a 10-year housing agreement with the federal government months after a Liberal MP spoke up over how long it was taking.

"Sometimes it takes a little bit longer, but today is really the culmination of great work and co-operative supports between the federal and provincial governments," said Manitoba Families Minister Heather Stefanson.

The agreement will invest $450.8 million to boost social and community housing in the province, with the federal and provincial governments each agreeing to spend $225.4 million throughout those 10 years.

Stefanson announced the agreement at Siloam Mission in Winnipeg on Tuesday, along with Liberal MP Adam Vaughan, who singled out the province on a national call-in radio show for refusing to take the federal housing fund.

"We have a Manitoba government that is refusing to take federal dollars to house people," Vaughan told CBC Radio in February.

Vaughan, the parliamentary secretary to the federal minister of Families, Children and Social Development, said that in his February comments, he was chiding his own government as well as Manitoba's.

"We push in public sometimes because we know in private we agree," Vaughan said. "We just have to get the document signed and get the dollars flowing, get the projects going."

Vaughan acknowledged that Manitoba is “unique in their configuration” for housing, which is why negotiations for things such as Manitoba’s portion of the federal government’s national housing fund are not realized overnight, according to a CBC report.

"You cannot spend half an hour on the housing conversation in Manitoba, let alone 10 minutes, without understanding the child welfare system," Vaughan said. "I think one of the most pressing issues for our country is to make sure those children are housed properly."