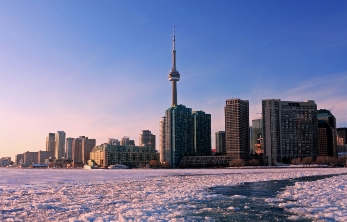 Toronto ranked as the 10th most unaffordable city out of 293 cities worldwide in the latest Demographia International Housing Affordability Survey, up from 21st place in the previous year.

The survey found that two out of Canada’s six housing markets, Toronto and Vancouver, are “severely unaffordable.”

"High evidence of overvaluation is still observed in Vancouver, Victoria and Toronto where house prices remain higher than levels supported by economic and demographic fundamentals,” according to Canada Mortgage and Housing Corporation’s 2018 third-quarter assessment, sourced in the survey report.

Toronto has a severely unaffordable housing market due to a more-than-double increase of middle-income house prices relative to incomes, according to a Daily Hive report. The 2018 UBS Global Real Estate Bubble Index also rated Toronto as having the third-worst housing “bubble risk” in the world.

Meanwhile, the most affordable Canadian markets are Cape Breton, Fort McMurray, and Moncton.