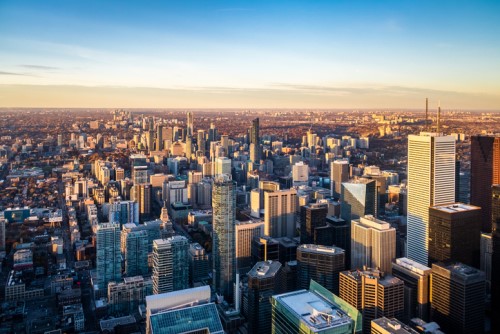 By Scotiabank’s metric, Montreal took the top spot, with a 79.1% sales-to-new-listings ratio – 79 homes sell every month for every 100 coming onto the market – a much higher ratio than normal.

Of the top 10 markets in Scotiabank’s ranking, three were in Maritime provinces: Moncton, NB, Saint John, NB, and Halifax, NS.

“The Maritimes’ boom seems to have to do, at least partly, with the acceleration in immigration to Canada, which has spurred faster population growth in the area,” HuffPost said.

Real-estate agents in Halifax saw increased interest in their housing market from abroad. In Moncton, realtors suggested that an influx of people from other parts of the country, as well as from abroad, has been pushing the market up.

The same factors helped Montreal’s housing market get the top spot, along with a jump in interest from foreign investors who flocked to the city after Toronto and Vancouver put foreign buyers’ taxes in place.

Those two cities ranked 19th and 22nd, respectively, out of 31 cities, but they could soon make a comeback. After a prolonged slump, sales are returning to more historically normal levels in Vancouver, and experts are predicting that the city’s year-long home-price declines are about to end.

“Given the magnitude of the swing in the sales-to-listing ratio … we would expect the annual growth rate of Vancouver house prices to return to positive territory early next year,” Capital Economics said in a client note.

Scotiabank ranked housing markets by looking at their sales-to-new-listings ratio and then comparing that ratio to its long-term average to see how much more (or less) active markets are than normal.