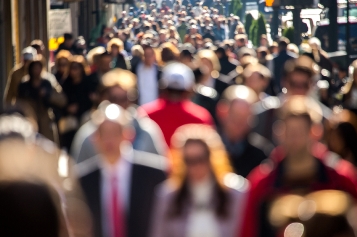 Torontonians could find themselves “doubling up” on housing with relatives or friends in the coming years as the city’s population growth outstrips new housing supply, a recent study has warned.

In a study published online last week, researchers of Ryerson University’s Centre for Urban Research and Land Development found that Toronto is the fastest growing among US and Canadian cities, adding more than 77,000 net new residents in the year ending in July 2018. The researchers described its growth rate as “stunning.”

Frank Clayton, the study’s co-author and a real estate and urban economist, said that it means the city is risking a serious housing crisis. He also said that the city might see a repeat of the situation from the early 1990s when developers pulled back on home construction amid falling home prices, but the population kept growing. At that time, people found themselves doubling or tripling up on housing, often with more than one generation of family living in a single home.

That effect could be particularly strong today, given that younger Canadians are increasingly living with their parents.

“In the ’90s, immigration was very strong, but it wasn’t showing up in the housing demand numbers,” Clayton told HuffPost.

Clayton said that the best thing the region could do – but which it won’t do – is to open up single-family home neighbourhoods for multi-unit buildings of up to three or four stories.

Clayton’s skepticism stems from the fact that proposals like it are often resisted by residents of low-rise neighbourhoods. These neighbourhoods – known as the “yellow belt” for their colour on city maps – account for three-quarters of the land area of the city of Toronto, he said.

“With the growth that’s taking place, and land prices rising, you’ve got to start allowing for a more diverse housing stock,” Clayton said.