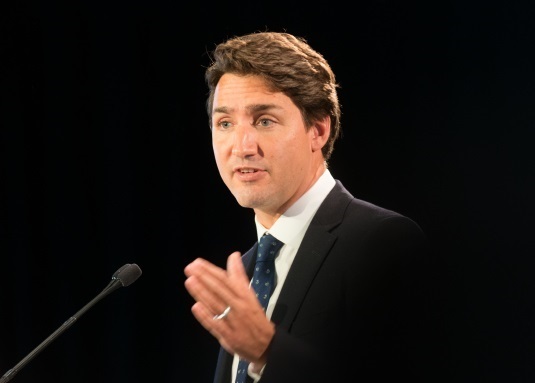 Prime Minister Justin Trudeau has defended his government’s tougher mortgage-eligibility rules, saying they are keeping homebuyers from financially overextending themselves.

"As we saw from some of the challenges in the United States around the last recession, people can overextend in buying their housing," Trudeau said at an event in Saskatchewan on Thursday. "So we made some modest changes to mortgage rules that are making sure that people are not getting more vulnerable than they have to, by not being able to afford the houses that they’re looking for."

Trudeau was asked about the changes after the central bank stated earlier this week that soaring interest rates and government measures are having a larger-than-expected impact on the housing market. The new rules around who qualifies for a mortgage drove the slowdown in sales and prices across Canadian markets, particularly Toronto and Vancouver.

Many of the mortgage rule changes apply nationwide, raising the bar for homeownership even in energy-producing regions that are currently struggling with lower oil prices, such as Saskatchewan and Alberta.

Trudeau recognized concerns from the real estate industry that "maybe we’re making it too hard to buy a new house.” But he gave no indication that the government is considering a reversal anytime soon.

"We’re looking and collecting data, but I think we can all agree that we need to make sure Canadians don’t get saddled in mountains of debt if there is a recession or … housing collapse," Trudeau told reporters, according to a Baystreet article.