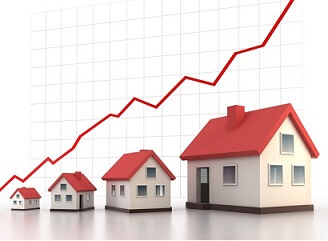 Home sales will continue to slow in British Columbia, and prices will go down because of it, according to the latest housing outlook from Central 1 Credit Union released on Tuesday.

The report projects a third straight year of declining resale transactions. This year, an 11% drop is expected, marking the fewest sales since 2013. Sluggish market conditions mean BC’s median home price is projected to be 4.1% lower in 2019, marking the first drop in seven years.

While some regions are holding steady, soft housing prices are set to continue for the next two years, with the province-wide median price estimated at $516,000 for 2021.

As some wait to see if prices will drop further, the report finds “recessionary conditions” in BC’s ownership market persist.

"This is largely a policy-driven type of recession in Metro Vancouver's housing market, and to a lesser extent on Vancouver Island and in the Okanagan," Yu told CBC.

Yu said that it’s no cause for alarm because the situation was largely induced and not a symptom of a tanking economy. However, although the market is trending downward, that doesn’t mean that first-time buyers will suddenly be able to buy a property.

"They're still facing a down payment constraint due to the federal mortgage stress test, so even though prices have come down, they're not necessarily in any better position to get into the market at the current time," Yu said.

Nevertheless, given the strong overall economy, Yu doesn’t believe that there will be a significant negative shock for BC as a result of the housing correction.