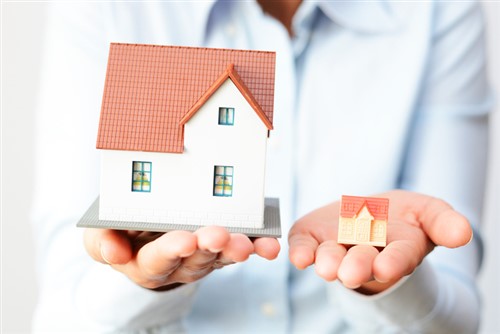 A new report by Mortgage Professionals Canada revealed that the monthly cost of homeownership is lower than the cost of renting equivalent housing for the majority of Canadians, and becomes even more cost-effective over time.

"The report demonstrates that the money Canadians are spending on monthly rent, if used instead to finance a home, would be a very beneficial investment over time," said Mortgage Professionals Canada Chief Economist Will Dunning.

"The costs of owning and renting continue to rise across Canada. However, rents continue to rise over time whereas the largest cost of homeownership – the mortgage payment – typically maintains a fixed amount over a set period of time – usually for the first five years. The result is that the cost of renting will increase more rapidly than the cost of homeownership."

Many Canadians have resigned themselves to the idea that they may become permanent renters, however this latest study shows that it may be better to avoid this line of thinking.

Why?  It was found that those who can invest in homeownership will be significantly better off in the long term.

The study compared the costs of renting five and ten years in the future. Provided that mortgage rates remain at 3.25%, the cost of ownership (on the net basis that takes out principal repayment) will be lower after ten years than the price of renting for almost 98% of cases.

But what if the central bank decides to hike interest rates to 5.25%? In this case, after 10 years, homeownership will still be less expensive than renting in 82% of cases, with a projected savings of $726per month.

"While recent changes to mortgage qualifying have made the barrier to entry higher, those who can qualify will be much better off in the long term,” Mortgage Professionals Canada President and CEO Paul Taylor said.

It is important to note that in every one of the 266 cases, the cost of owning will be far lower than the cost of renting, provided the mortgage is fully repaid. In fact, in 25 years, on average, the cost of owning is projected at $1,549 per month versus $4,655 for renting an equivalent dwelling.

Referencing wealth data from Statistics Canada, the report also underscored that homeowners are distinctly better off financially compared to tenants who are similar in age and level of income.

Overall, Dunning encouraged Canadians to think long-term and consider investing in their own homes.

"Everyone wants to save for their future, but rising costs, including rent, are making that more difficult. The lower life-time costs of homeownership mean that owners have more ability to save for retirement than do renters. The financial benefits of homeownership go beyond equity accumulation," he concluded.