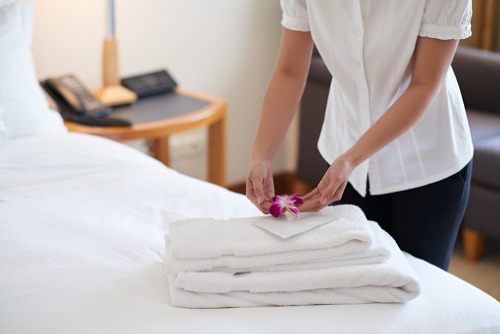 Offering hotel rooms to homeless campers has proven to be a successful way to help them get into permanent housing, an outreach worker in Edmonton said.

When city crews cleared dozens of people out of Dawson Park in May, the city agreed to pay the bill for hotel rooms for 10 people who told Boyle Street Community Services outreach workers that they wanted to try to get off the streets. Two months later, seven of those people are in permanent homes, and the other three are working with housing agencies.

"It's been very intensive work, but it's been very rewarding to see a number of these people actually get housed and the rest be very close to being housed," said Doug Cooke, team lead for Boyle Street's street outreach team.

As of January, more than 1,900 Edmontonians were homeless, and about 500 of them were sleeping outside rather than in shelters, according to a city report in May.

Cooke and his team fan out across the city to check on people who camp in the river valley, under bridges, next to roads or in other isolated spots. It’s an ongoing effort by outreach workers to help those people find permanent housing by helping them make it to appointments or complete the process of getting an apartment, according to a CBC report.

These people, however, tend to relocate often – either because they decide to move their campsite or city crews clear it away. For outreach workers, it makes them hard to track down, and the loss of contact often means having to start the process of getting on a housing waitlist all over again, Cooke said. That’s why putting them in a hotel, where they are easy to contact, smooths the housing application process.